Scalamandre is a company known for creating fabrics, trims, wall coverings and furnishings of the highest quality. Many people who may not recognize the Scalamandre name will be familiar with its iconic zebra print. In 1945, the company created red wallpaper featuring prancing zebras for the newly opened Gino of Capri restaurant in New York City. (Gino’s closed in 2010). Based on original artwork by Flora Scalamandre, this wallpaper has appeared in the films “Mighty Aphrodite” and “The Royal Tenenbaums” and on the pages of numerous shelter magazines. Janet Brown Interiors offers pillows, umbrellas and napkins featuring the prancing zebras, as well as a full range of wallpapers and fabrics created by Scalamandre. 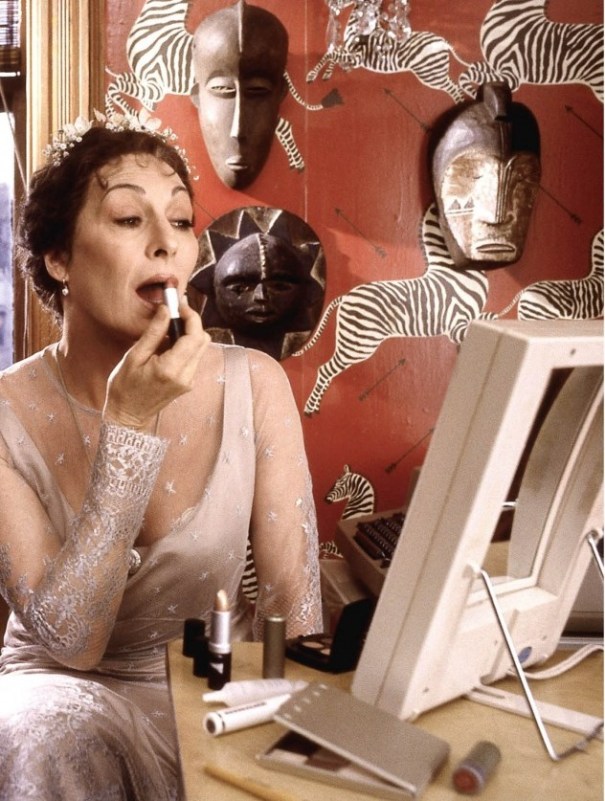 If you look carefully at the photos in this post, you will note that the smaller zebras in the Gino’s and “The Royal Tenenbaum’s” wallcoverings are missing a rear stripe. Since “perfection was believed to be bad luck,” some of Gino’s customers thought the stripe was omitted on purpose (Source: The New York Times). The original omission actually was unintentional, but there was no time to re-do the screens before the restaurant’s opening, so zebras with missing stripes went on Gino’s wall. Later versions of the print feature fully-striped zebras.

Gwyneth Paltrow as Margot Tenenbaum in Wes Anderson’s “The Royal Tenenbaums.” Photo via Paper. “5 Under $50: Wes Anderson Edition,” Paper (May 5, 2012).

“Gino, a Manhattan gastronomic icon, is celebrated for its segreto (secret) sauce, its veal and peppers and its zebras — on the walls, not the menu.” Photography by Roe Ethridge. “That’s Italian!” by Anthony Haden-Guest. Home Design, The New York Times Magazine. 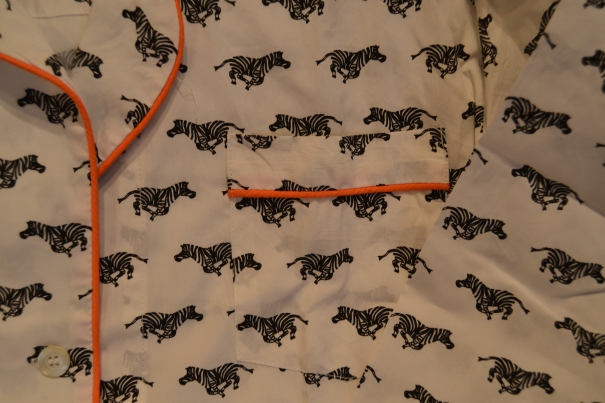 This nightshirt is not by Scalamandre, but the zebras are fun, just the same!

“Ball dress with zebra-effect draped chiffon bodice and duchess satin skirts, fall 1987. This dress exemplifies the incredible technique of the Valentino haute couture workrooms in Rome. The illusion of zebra has been created by using different tones of chiffon finely pleated in a technique that Valentino learned from Jean Desses, the mid-century Paris-based couturier (he was Alexandrian Greek) with whom he apprenticed. It takes miraculous skill, and no one else can drape like this now. I have this same model in my collection and what you can’t see in this photograph is that the skirts are buoyed up by several layers of duchess satin underskirt, each one to match a shade of the chiffon used in the bodice. Only the client will know, or someone who catches a glimpse as the wearer sweeps her skirts up a little to glide down the staircase of her palazzo in Rome, Seville, Paris, or on Fifth Avenue. That is the essence of real couture: hidden luxury.” Photo: Courtesy of Valentino via Vogue. “The Hamishsphere: The Top Ten Looks from the Valentino Archives” by Hamish Bowles. Vogue. 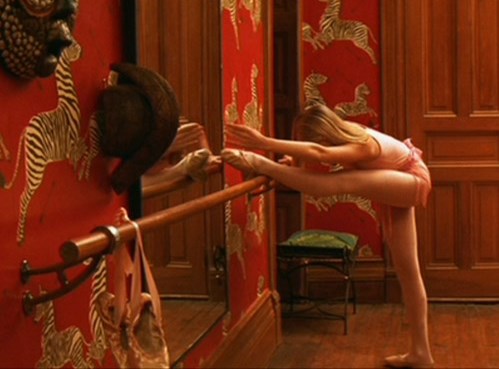